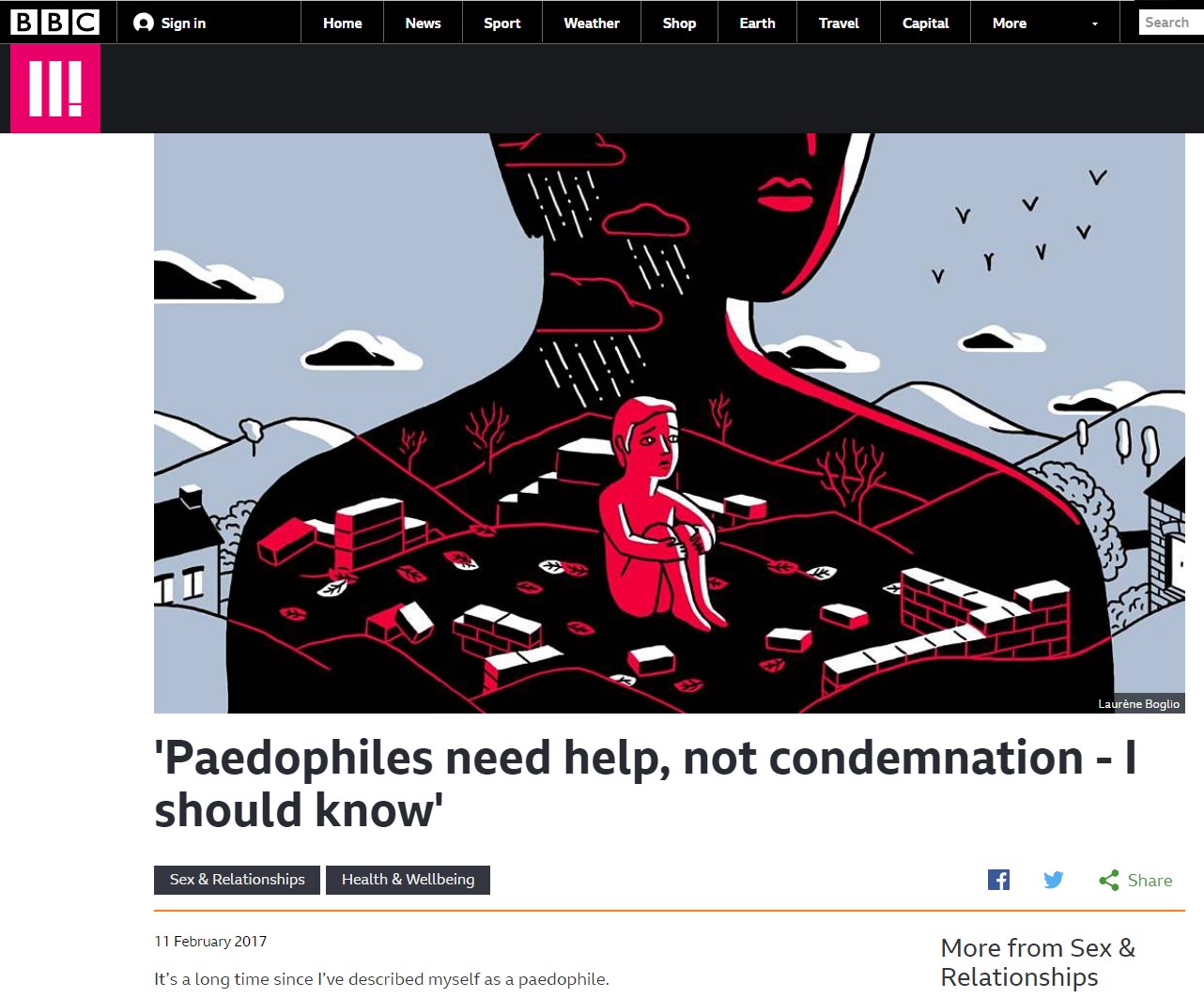 First jewish perverts promoted sodomy and made it normal in Western World. But they can't stop in their madness, now jewish press try to make pedophilia normal.

BBC: 'Paedophiles need help, not condemnation - I should know'

Independent: Not all paedophiles are bad people - we need to have a sense of proportion

Independent: Paedophilia a 'sexual orientation - like being straight or gay' 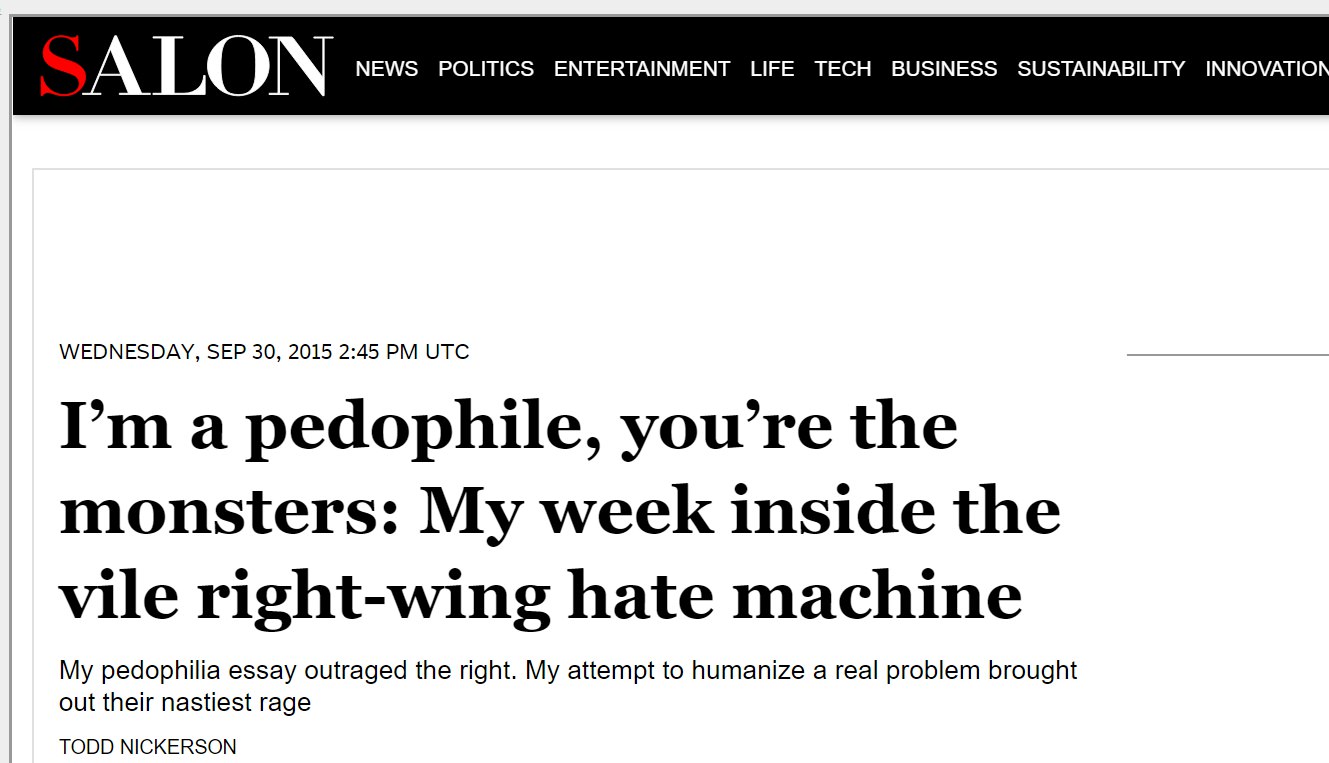 On October 30 2017, a troubling image made its way across Twitter. It showed student activists at Columbia University in New York City protestingMike Cernovich, a pro-Trump journalist and author who was delivering a speech to a Republican group on campus later that evening. The photo showed several people hoisting a banner. “No white supremacy,” it said. “No Mike Cernovich.”

Between those two messages was another: “No pedo bashing.” At the bottom of the banner was the rainbow-colored logo of the North American Man/Boy Love Association, also known as NAMBLA. 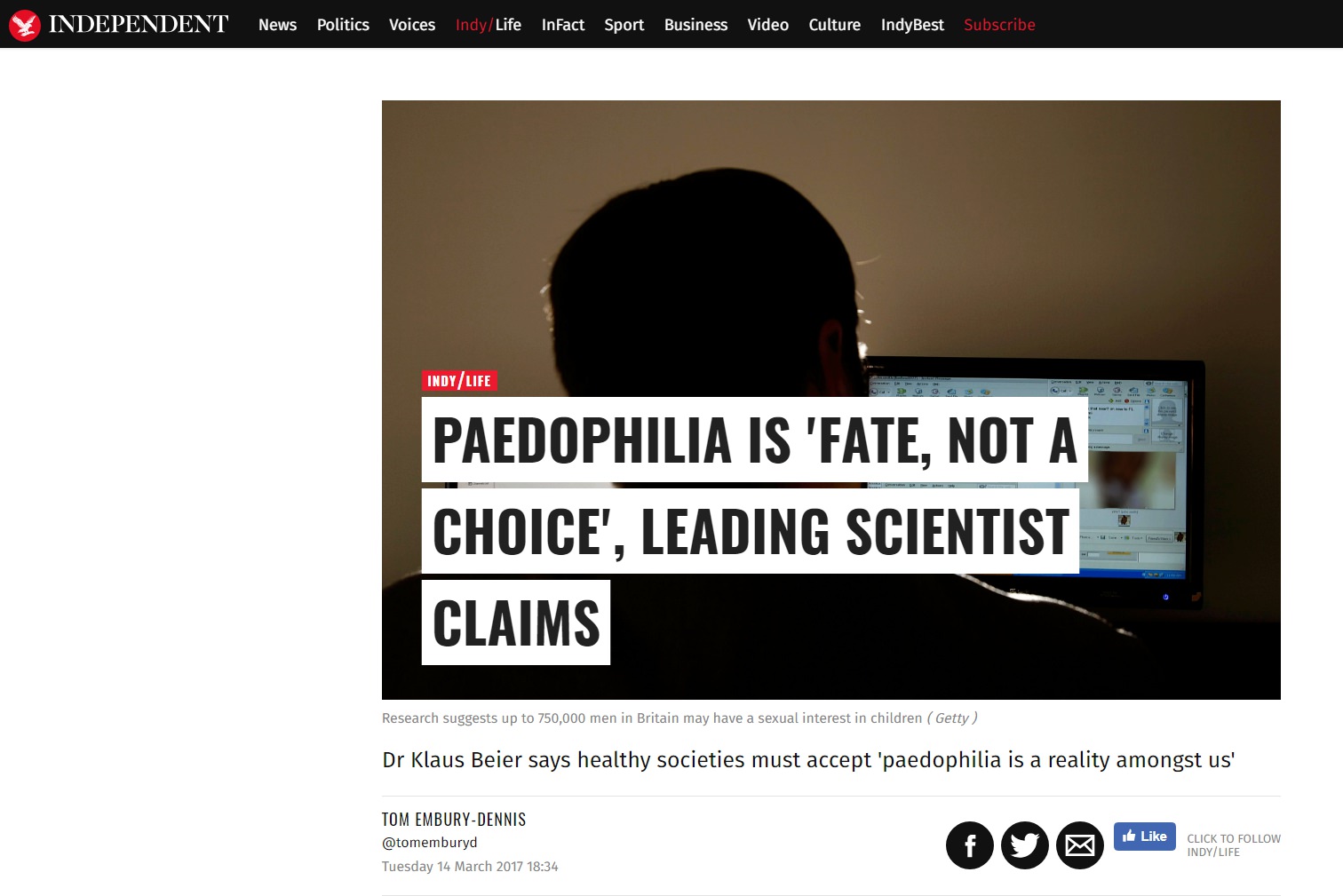 Paedophilia is a “fate, not a choice”, a leading sexual scientist has claimed.

Dr Klaus Beier, who runs a clinic in Germany that treats people who are sexually attracted to children, told The Times of India that healthy society must accept “paedophilia is a reality amongst us”.

Although difficult to measure, current estimates put the prevalence of paedophilia in the general population at about one per cent.

But research carried out by the National Crime Agency in 2015 suggested there could be as many as 750,000 men in Britain alone who may have a sexual interest in children.

Dr Beier suggested societies should work towards prevention, rather than focusing only on punishing offenders.

He said it was a “myth” that paedophiles could stop having sexual fantasies about children by simply choosing not to.

“Most people believe ‘What is the problem, the guy should concentrate on women.’ They think it is a choice. But it is a fate, not a choice,” he said. “Another myth is that every person paedophilically inclined will act out.”

His conclusions back up a claim made by a criminal psychologist thatpaedophilia is a "sexual orientation" like being straight or gay.

As director of the Institute of Sexology and Sexual Medicine in Berlin, the physician has been voluntarily contacted by thousands of people wanting help with feelings of attraction to children.

He said that a sexual preference for children will arise during puberty and remain the same throughout an adult’s life.

Despite the lack of choice in paedophilic feelings, Dr Beier claimed it is not a psychic disorder and therefore people who act on their feelings are fully culpable for their actions, morally and legally.

“Those not treated have high probability to reoffend," he said. "But, the probability is very low if they are treated and that's why it is important to reach out.

“Working with juveniles has been extraordinary successful as they accept guidance, they would like to be part of the society, be loved by parents and social surroundings so that they try to find a way to cope with this inclination.

“You can train behaviour in a better way in a developing brain.”