“We corrupt in order to rule.”
— Italian Freemason Giuseppe Mazzini

Jews use pornography “to destroy gentile morals”: "Jews have a grudge against Christianity, an “atavistic hatred of Christian authority” rooted in centuries of humiliation, and pornography is one of the ways in which they get their revenge on their Christian persecutors — the hateful oppressors who expelled them from 109 countries since the year 250 AD, always without justification. So it’s now payback time."

Jewish academic historian Dr Nathan Abrams (pictured in article), perhaps the world’s most renowned authority on the Jewish role in pornography, let the cat out of the bag a few years ago in his controversial essay, Triple-Exthnics. [2]

Dr Abrams not only admits that Jews are the world’s most successful pornographers, he celebrates the fact. Jews, he tells us, have a grudge against Christianity, an “atavistic hatred of Christian authority” rooted in centuries of humiliation, and pornography is one of the ways in which they get their revenge on their Christian persecutors — the hateful oppressors who expelled them from 109 countries since the year 250 AD, always without justification. [3]

Jewish involvement in pornography [Dr Abrams notes candidly] has a long history in the United States. Though Jews make up only two per cent of the American population, they have been prominent in pornography.

According to one anonymous industry insider quoted by E. Michael Jones in the magazine Culture Wars (May 2003), “the leading male performers through the 1980s came from secular Jewish upbringings and the females from Roman Catholic day schools”.

Jewish involvement in the X-rated industry can be seen as a proverbial two fingers to the entire WASP establishment in America.

Al Goldstein (pictured), the publisher of Screw magazine, had once said — and Dr Abrams is happy to quote him: “The only reason that Jews are in pornography is that we think that CHRIST SUCKS.”

Dr Abrams, the sober Jewish academic, now ups the ante by adding a sinister touch to the controversy. “Jews are the driving force behind the modern pornographic industry,” he tells us smugly, “and their motivation is, in part, to destroy gentile morals.” [6]

Note that phrase well. It amounts to an open declaration of war. For why should Jews wish to “destroy gentile morals” unless they hated the gentiles — in this case, Christians — and wanted to destroy our most cherished values?

There is no law to prevent this Jewish comedienne (pictured opposite) from uttering blasphemous obscenities against Jesus Christ and giving offense to 2.1 billion Christians by her infamous comment, “I hope the Jews did kill Christ! I’d fucking do it again — in a second!”

Just imagine an equally well-known Christian comedian coming out with a similar insult against the victims of the Holocaust: “I hope the Nazis DID kill 6 million Jews! I’d fucking do it again — in a second!”
Such a grossly offensive comment would be unthinkable. The comic who made it would be ostracized at once and never allowed to work again in the entertainment business.

And yet the Jew today, in the person of Sarah Silverman, is perfectly free to spit in the Christian’s face and is even applauded for this hate speech. The Christian can do nothing about it. He has become a slave in his own country — an object of ridicule and contempt.

Persecuted for millennia in the various societies they’ve lived in, many Jews developed an allegiance to their own survival as their highest value and care little about the survival of the persecuting society.

Even when Jews live in a society that welcomes them instead of harassing them, many Jews hate the majority culture.

Neither rooted in their own tradition or in that of the majority Christian tradition, they live in a community of rebels.

“Sex is a powerful thing,” Hirsch notes complacently. “This is the right time for us!” [11]

Pedophilia is a worldwide phenomenon, but it is an undeniable fact that the large number of Jews who practice it appear to do so with a certain impunity. Roman Polanski, after he had drugged and raped an unconscious nymphette, got off the hook lightly. All he had to do was buy a one-way ticket to Paris, France. Nothing was done to bring him to justice.

Another Jewish pedophile too important to receive serious punishment for his crimes was the son of the famous science fiction writer Isaac Asimov. Found in possession of the hugest cache of child pornography in California, a federal crime normally carrying a 20-year sentence, David Asimov was to receive a slap on the wrist: six months home detention.

There is one law for the Jews, it seems, and another for us lesser mortals.

Here is a news report first published in October 2000. It will give the reader some idea of the depths of depravity to which some pornographers are willing to sink:

JEWISH GANGSTERS RAPED, KILLED CHILDREN AS YOUNG AS TWO ON FILM: Rome, Italy — Italian and Russian police, working together, broke up a ring of Jewish gangsters who had been involved in the manufacture of child rape and snuff pornography.

Three Russian Jews and eight Italian Jews were arrested after police discovered they had been kidnapping non-Jewish children between the ages of two and five years old from Russian orphanages, raping the children, and then murdering them on film.

Mostly non-Jewish customers, including 1700 nationwide, 600 in Italy, and an unknown number in the United States, paid as much as $20,000 per film to watch little children being raped and murdered.

Jewish officials in a major Italian news agency tried to cover the story up, but were circumvented by Italian news reporters, who broadcast scenes from the films live at prime time on Italian television to more than 11 million Italian viewers. Jewish officials then fired the executives responsible, claiming they were spreading “blood libel.”

Though AP and Reuters both ran stories on the episode, US media conglomerates refused to carry the story on television news, saying that it would prejudice Americans against Jews. [18]

According to the Talmud, 3-year-old girls like this are fair game for sex with adults (Sanhedrin 54b). Killing them is permissible too. “The best of the gentiles deserves to be killed,” the revered Rabbi ben Yohai states authoritatively in the Talmud. [19]

5. Mass Enslavement through Sex
It is a tragedy that the Jews should have been allowed to deploy pornography to such good effect that they have succeeded in enslaving entire nations, as Circe with a touch of her magic wand enslaved the Greeks, turning men into swine: an apt metaphor for what lies ahead for the masses under their new masters.

“A really efficient totalitarian state,” Aldous Huxley once noted, “would be one in which the all-powerful executive of political bosses and their army of managers control a population of slaves who do not have to be coerced, because they love their servitude.” [20]

Organized Jewry seems to have no moral scruples about profiting from the sale of pornography. They show no concern about the proven fact that highly addictive and dangerous erototoxins are released into the brain after contact with pornography and can cause progressive brain damage. [21]

These sex entrepreneurs, intent on easy profits, have eagerly sought to provide the masses with the cheapest and deadliest of tranquilizers: opportunities for endless orgasms, by way of a ceaseless flow of pornographic images in the mass media they control.

This is one way to achieve world domination without the need for revolutionary violence or military conquest: to take entire countries and turn them into giant masturbatoria.

The model citizens of the future will be happy masturbators. This enthralling activity will keep them occupied throughout the day. It will make them docile and complacent, sated and semi-somnolent, like drugged dung flies in a cesspool or swilling latrine. They will be too busy debauching themselves to mount revolutions or plan revenge attacks against the shadowy elite who have been the architects of their slavery.

These are not the worldchangers and wizards of the future of whom Nietzsche said, “Behold, I show you the Superman!” Because of their degeneracies, their weaknesses, they are destined for the dustbin of history.

Here is what Brother Nathanael Kapner has to say on this subject. It is a neat summation. The fact that Kapner is Jewish makes his words even more compelling:

“The degradation of Western Christian social life did not merely happen, it was planned, deliberately fostered and spread, as outlined by The Protocols of the Learned Elders of Zion. This systematic undermining of the culture of the West continues today.

The instruments of this assault on Christian culture and consciousness are the weapons of propaganda: the press, television, cinema, and education. The chief fount of the propaganda is the cinema.

From his capital in Hollywood, the Jew spews out an endless series of perverted films to debase and degenerate the youth of America and the Western world. Divorce replaces marriage, abortion replaces birth, and the family becomes the battleground of individual strife. The Jew has attained his goal in destroying Western culture.” [22]

I am afraid I cannot agree with Kapner’s sweeping conclusion that the Jews are entirely to blame for the decline and fall of Western culture. If the West has gone to hell in a handbasket, the goyim are as much to blame. Their enthusiastic complicity with their own corrupters has been their undoing.

There is little doubt that the virulent sex epidemic we witness all around us is a deliberately planned sex psyop. This is what governments want.

The Puppet Masters who pull the hidden strings of our Western regimes, all masquerading as democracies, have managed to manufacture exactly what we see when we look around us: widespread neurosis, mass misery, the collapse of moral values, Christianity in ruins, and the coarse brutalization of the common man.

No need for gulags for those who consent to their own chains.

It's time for Jews to be kicked out of their 110th country; it is the only way we can direct our own societies with the best interest of our people in mind.

[3] 109 Locations whence Jews have been Expelled since AD250

This would make the Jews the predominant purveyors of child pornography in the world — a remarkable achievement for a race who make up no more than 0.2 percent of the world’s population. 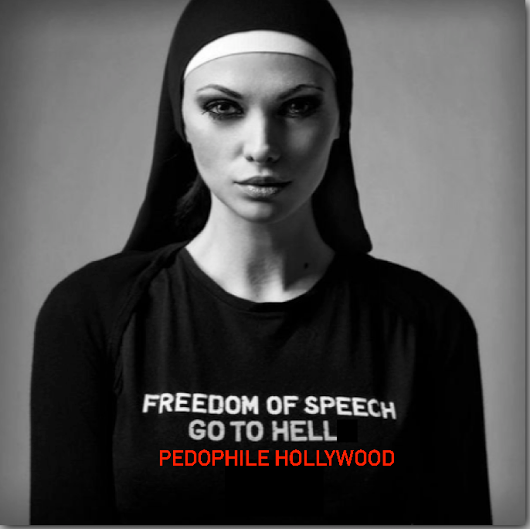 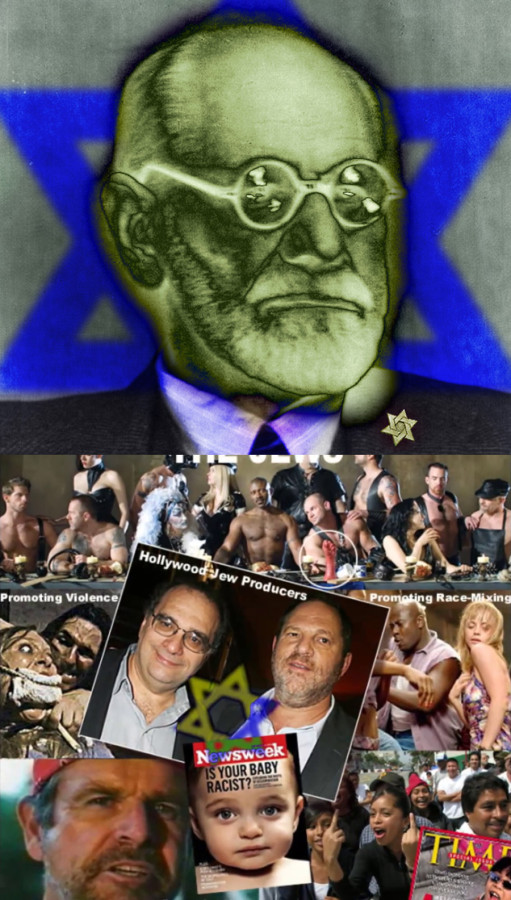 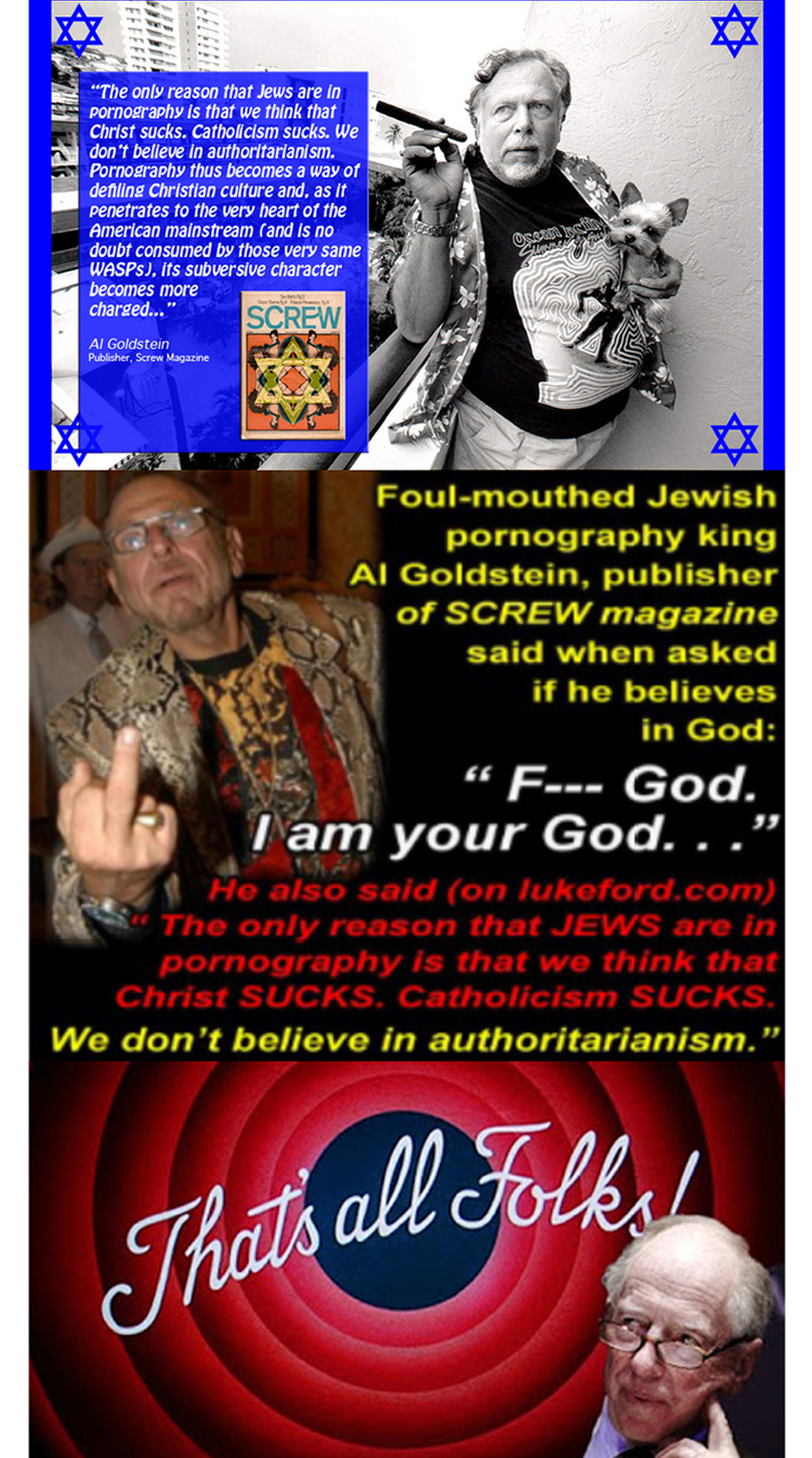 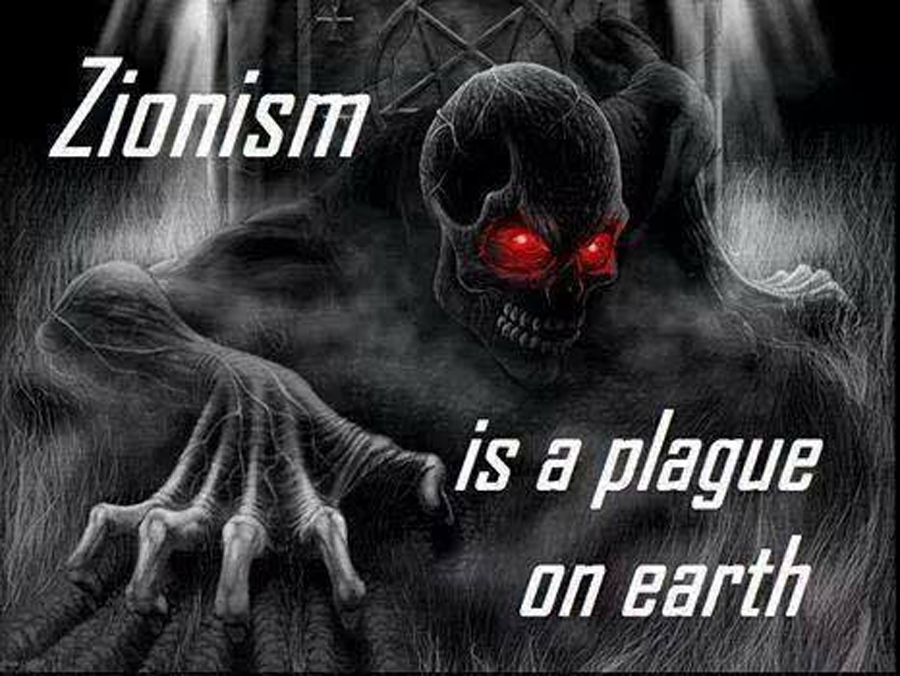